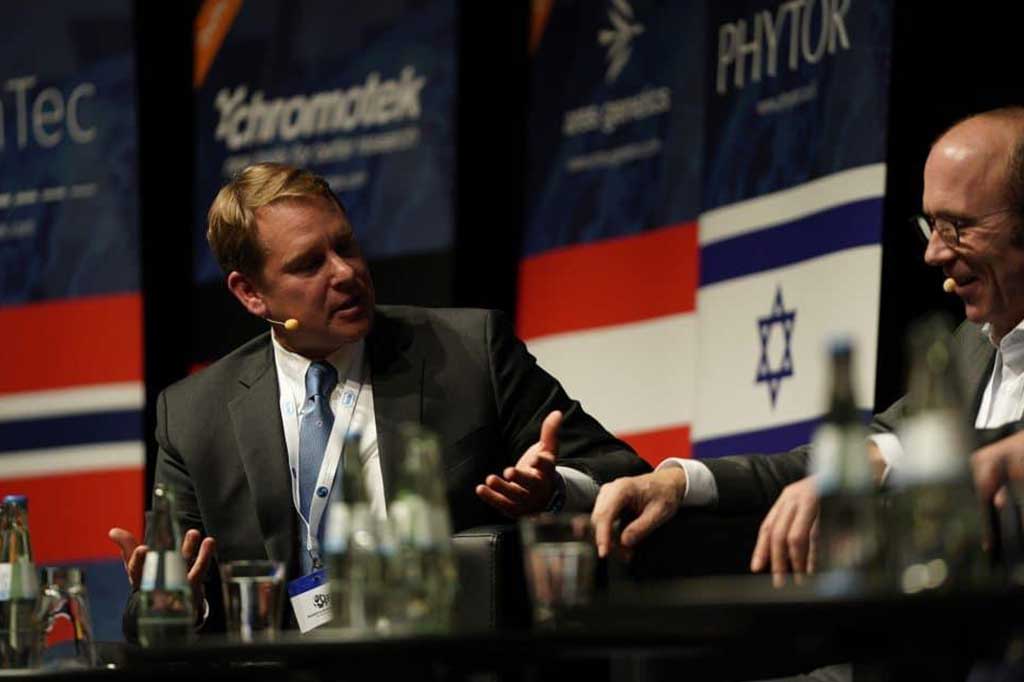 Investors are sometimes on the lookout, other times they just want to be found. In both cases, their presence at conferences and other events is essential to make themselves visible and expand their network. This includes not only like-minded people, but also contacts from industry and the start-up scene.

Networking events also offer the ideal space to expand the market knowledge and trend awareness of all participants. For investors, the balance between the two is of great importance, because the success of their investments is measured by the demand of end users under the premise of future-conscious forecasts. Against this background, the mutual ‘seeing and being seen’ at the DxPx Conference not only expands the respective horizons of the participants in the life science sector, but also actively shapes the market, which is defined by its players. Conferences and other industry events thus form a dynamo in the relationship network of consumers, industry, newcomer scene and investors. The DxPx is an explicit format for this.

While investors have a decisive influence on trends through encouragement or rejection, the fresh ideas on which they depend come from industry and the start-up scene. DxPx offers the appropriate ambience for the necessary networking, against the backdrop of which visions and goals of old hares and newcomers can be viewed and weighed against each other. The direct comparison between the two forms of company, but also within them, is very helpful against the background of solid market knowledge, because on the one hand the industry, with its corresponding experience, has a high potential for future-oriented further developments within its specialist area, on the other hand startups, because of their high consumer proximity, usually convey a very good picture of demand or existing gaps in the market and have the opportunity to spin courageous new visions in this respect, because they are still in the process of finding their own identity and culture.

Get to know start-ups

The clenched load of new winds offers conferences like the DxPx, by size, number of participants and range. Supported by strong industry representatives such as Roche, it stands for experience, growth, and sustainable development, a foundation on which young start-ups as well as other industry representatives can build solidly. The life science sector stands for interdisciplinarity and collaboration, against the background of which the conference framework offers fertile ground. Of course, investors also benefit greatly from this strong heterogeneity.

New contacts in the scene

You can invest relatively securely, or you can be brave. Among conference networkers there are both, down-to-earth representatives of ideas and those of the extraordinary. There is something for every taste. The scene is constantly changing and new holds the hope of success in the market, which presents itself in its diversity at events such as the DxPx, which gives the ‘Who is Who’ space to unfold.

Once you have pulled in your fishing rod and the right fish on the hook, you have to prepare it properly, anything else would be a waste. Sustainable relationships between new network partners require the commitment of both parties, independently of a business transaction, because even if the path is not taken together for the time being, every single contact represents the chance for potential others, no matter from which side of the coin one looks at it.

As an investor you have the opportunity to actively participate in the conference image, be it by participating in panel discussions, pitch lectures or similar. Every action changes the output. What do you expect from DxPx?

Last but not least – have fun. The conference flair is irreplaceable for investors, especially if they are new formats. Driven by the visionary spirit of development and discovery of its participants, a spirit of ‘everything is possible’ blows through the halls. Let yourself be carried along and enjoy the ‘striving for more’.

DxPx is a hot spot for the innovative in the life science sector. It offers a framework for the direct encounter of important stakeholders in the field of diagnostics and research tool industry. Help shaping DxPx through participation or active engagement.

Did you like the article? If so, we would be happy if you share it with your friends and acquaintances!

PrevPreviousBenefits for Start-ups and growth companies to attend DxPx Conference
NextDiagnostics and Sustainability. Is it possible?Next

Stay up to date and sign up for our newsletter